In the 1860s a terrace of three cottages was built in the village on the corner of what is now Church Road, opposite St Mary's Church.

In 1919 the Bank of Liverpool and Martins opened a branch in the front room of the first cottage (on the corner of Church Road).  In 1939 the bank demolished the terrace and built a new building for the bank, this included a shop unit facing onto the village. The shop was taken by Roy Pilkington, Chemist, who remained there until 1964, when the bank wanted to expand into the shop unit. Pilkingtons moved further up the village. 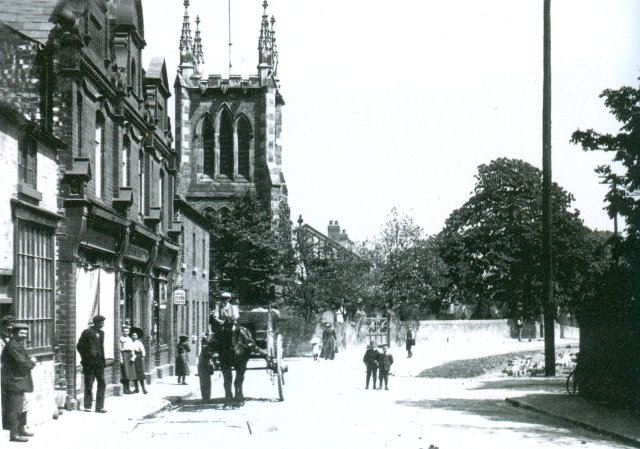 Next to these cottages a block of three shops was built in 1904. The first of these shops in 1921 became one of three shops in the village owned by the Birkenhead and District Co-operative society, this shop was a fishmonger.

The next shop was first occupied by Henry Edwards, Confectioner. In 1928 Arthur Bridger took the shop and opened it as a newsagent  and tobacconist. At various times he also had a gents hairdresser and lending library in the shop. Arthur Bridger died in 1966, but the shop retained his name until about 1980. The shop is still a newsagent and now contains the village Post Office. 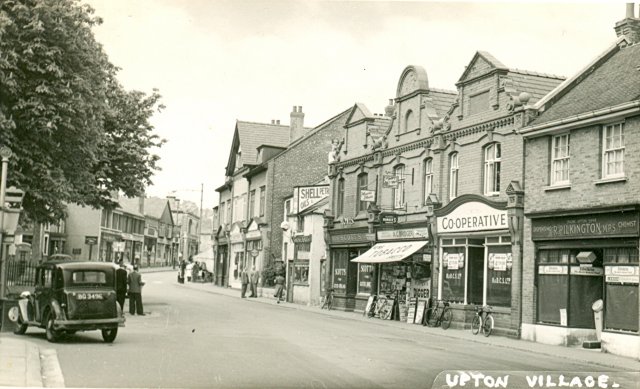 Next to this block of shops was an old building, its not known when it was built but it was there in the 1830s. At the end of the 19th century it existed as a cottage and a shop, the shop was occupied by Mr Salibury, the village Sadler, there was a public weighing machine in the road outside the shop. Albert Shone bought the business in 1903.

The cottage was possibly built in the 17th century, in the 1870s it was occupied by the saddler, Edward Salisbury. After the second world war it was occupied by Matthew Sherlock. The picture below appeared in the Daily Post in 1933 and shows Mary Fearon operating the kitchen pump, the only source of water in the cottage.

The shop and adjacent cottage where demolished in 1967 and two new shops built on the site, the first was occupied by H Grimes, Estate Agent. The shop was the Village Post Office from 2003 until 2014 and is now the Kip McGrath Education Centre.

The second new shop was first occupied by Wilbraham of Wallasey, bookmakers. Wilbraham went into liquidation in February 1975 and the shop was taken over by Ladbrokes. The shop then became a second hand furniture shop until 2018. In March 2019 a new Patisserie and Tea Room called 'Bake My Day' opened in the shop.

The Village Assembly rooms were upstairs in a building opposite the Eagle and Crown. The building also housed a reading room and was known as 'The Arches', due to the archway leading to a stable yard behind. 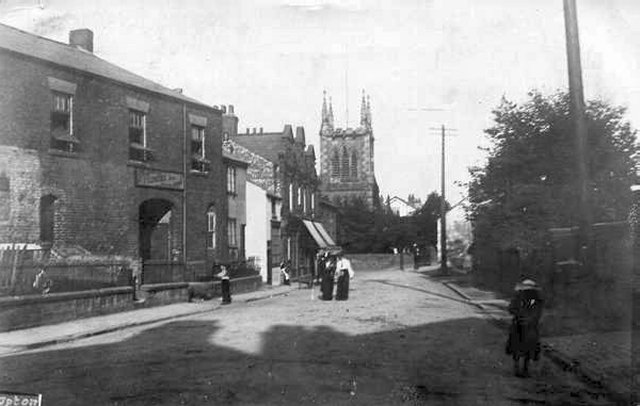 Next to the Arches was a builders yard owned by James Slingsby, around about 1920 he built two narrow shops on this site. In 1923 the first shop was occupied by Michael Leonard, fruiterer. It remained a fruiterer with various proprietors until 1962 when Neilflower the florist moved in. They remained until 1966 when they moved to a bigger shop over the road. When Neilflower closed their new shop, the shop again became a florist for a short time.

The second shop was taken by Miss Linda Bufton in 1925, she married Charles Gainer in 1929 and the shop then traded as Gainers Baker and Cafe. In 1973 the present Travel Agents moved in. 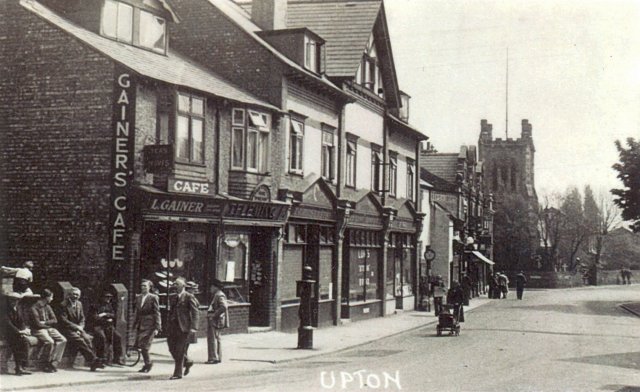 The arches was replaced with a block of three shops in 1928, however, the end shop was built first, in 1923.  This may have been a single storey extension of the existing building. It was occupied by the Heswall and District Farmers Produce Company Ltd.

When the other two shops where built, a second storey was added to the existing shop. The first shop in the block was occupied in 1928 by Hilda’s Ladies Hairdressers. It remained a Ladies Hairdressers, with various owners until the 1980s when S D Lambert, estate agents moved in.

The middle shop was occupied by George Lunt and Sons, bakers, from 1935 until 1952. Today it is a photographic studio.

The end shop continued to be occupied by Heswall Farmers after the second storey was added. In 1938 it became Heseltine, butcher. Today the shop is still called Heseltines although since the late 1960s it has had a number of different proprietors. 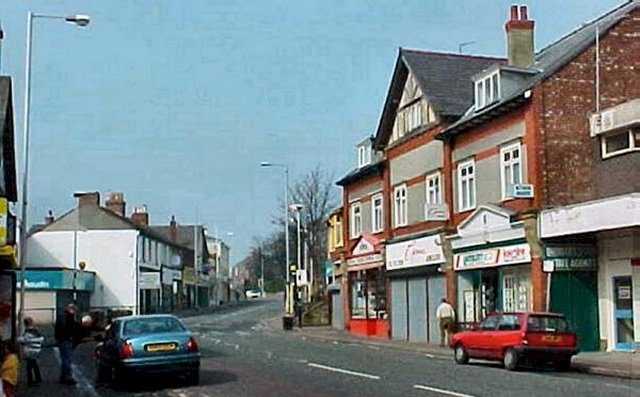 Rose Cottage was the village telephone exchange between about 1920 and 1928, when, due to the increased number of telephones in use, it moved to a house at the bottom of Church Road. Agnes Evans was the telephone operator at this time. 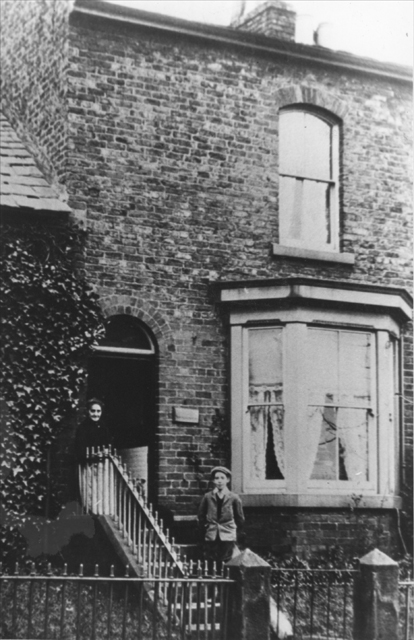 Next to Rose Cottage was Red House,  it was built about  1891. It was occupied by first Samuel and then William Byrom, who were carriers and coal merchants.

A lock up shop unit was included in the development, this was taken in 1966 by Nemms Enterprises under the name of Strothers, their Wirral radio and TV distribution company.  The shop is now the Charcoal Grill, Kebab house.

In 1905 there were two farms on north side of the village by Moreton Road, Manor Farm and next to it, Stonehouse Farm. 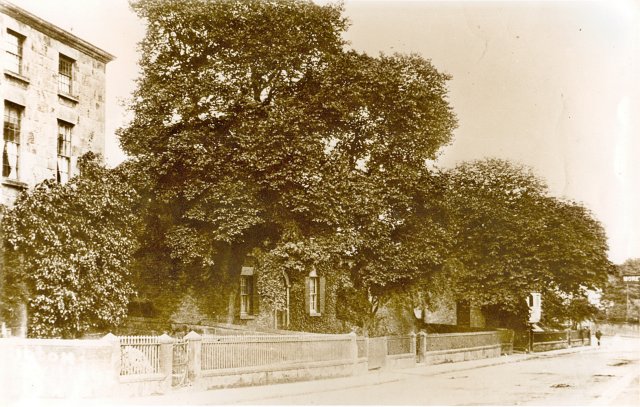 Manor Farm dated back to at least 1786 and in 1837 it was owned and run as part of William Webster’s estate. Frank Lee became farmer in 1891 and remained at the farm until it was sold for redevelopment in 1923. A block of five shops was built on the site of the farm.

The first shop was occupied by M Turtle and Son, butchers, who remained until about 1950. After this the shop was taken by Robinson’s Ironmongers. Today the shop is Noya Mediterranean Restaurant. 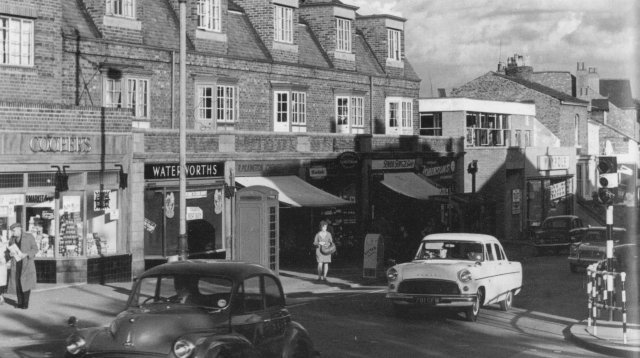 The second shop was, from 1934 to the mid 1980s, known as Malleys after Mrs Phyllis Malley who ran the shop. It was a stationers, and like Bridger’s it operated a library and had a barber in the back. It also sold toys. From about 1970 the barber was replaced by a travel agency. The shop is still a newsagent and stationer called Village News, and once again now has a barber in the back.

The third shop in the block was taken in 1925 by Gallagher and Co, wine merchants. It remained an off licence until the 1980s latterly being a branch of Ashe and Nephew. The shop then became Mos Sweetshop which closed in 2018. It is now a Turkish Barbers Shop.

The fourth shop was a Ladies and Children’s outfitter operated by Roberts and Toone. In 1964 Pilkington's Chemist took over the shop after moving from Martins Bank Building, it remained a chemist for many years, its last tenant, Numark Pharmacy moved to the Upton Health Centre further down Ford Road. The shop is now occupied by Chokie, Massage and Beauty Therapy.

The final shop in this block was a branch of Waterworth’s greengrocers from about 1946 until the late 1960s. It then became a branch of Dewhirst butchers. The shop is now Vodoo Tattoo shop.

Next to this block of shops was an empty site, a shop was built on this for Coopers, grocers, in 1951. Coopers left in the mid 1970s to be replaced by Cousins, bakers. The shop became a bicycle shop, then a furniture shop, then 'Trash or Treasure'. The shop is now once again a bicycle shop, but is rarely open. 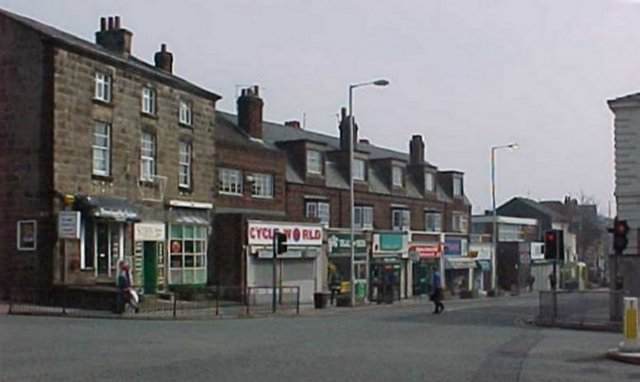 Quine's yard was located in the Village opposite Moreton Road. Thomas Quine was a Joiner, Builder, Decorator and General Contractor. 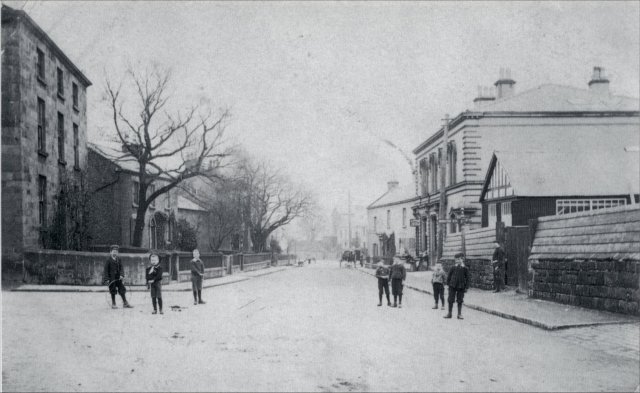 In the 1930's traffic was increasing in the Village and Rake Lane was becoming very congested. To ease the problem, a by-pass was constructed in 1938, this ran through Quine's yard. The Rake Lane by-pass was named Arrowe Park Road.

Next to Quine's Yard was a block of three shops, the first of these was the Constabulary House, when the new Police Station was built on Arrowe Park Road, it became a branch of Barclays Bank. In 1950 the shop was owned by Williams, a greengrocer. The shop is presently empty. 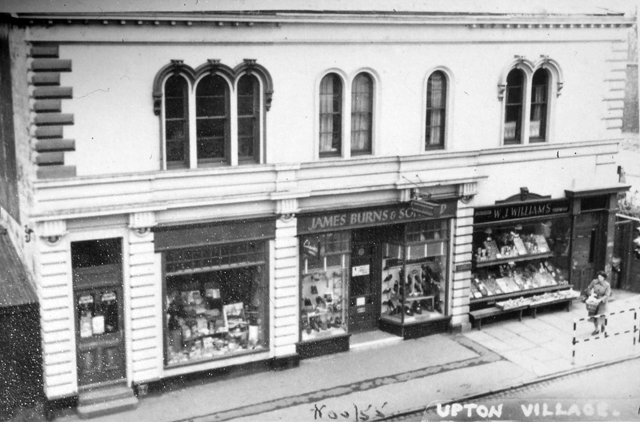 Next to the Constabulary House was Burns (Boot Dealer). Burns was one of the oldest businesses in Upton, they celebrated their centenary in 1963. 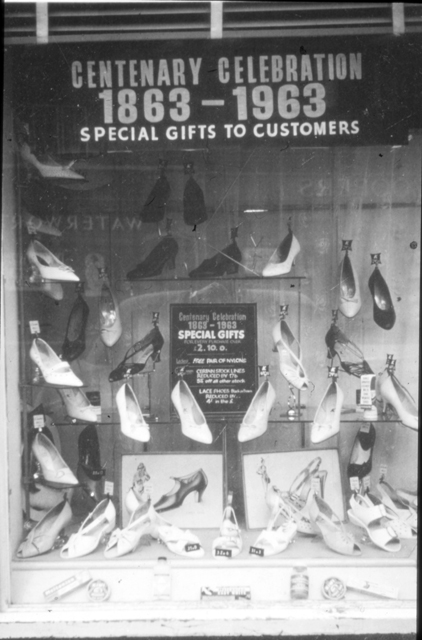 In 1962 Burns expanded into the shop next door, Tittley Hardware Dealers. Burns closed down around 1980. Today the shop is a branch of Ladbrokes Bookmakers.

The last shop in the block was Tittley Hardware Stores.

Beyond this block of shops was Greenbank Farm.

Greenbank Farm was demolished in 1924 and four shops were built in its place the first of these shops was occupied by James Walmsley, who sold fresh fruit and fish. In 1991 Orbit Travel moved into the shop and then in 1997 Upton Halal Balti house, who still occupy the shop, moved in.

The next shop was Manor Farm Dairy, this remained until 1966. For a few years around 2002 it was occupied by a pet shop, at present it is not in use as a shop.

The next shop opened as Edith Thompson, confectioner. In 1932 it became Sharpe confectioners and in 1966 it became a branch of Sayer's Bakers which it remains today.

The final shop in this block was open as a branch of Irwins Cash Grocers by June 1930. In January 1965 Tesco took over Irwins and the shop became a Tesco Supermarket. During 1975 Tesco opened their new supermarket in Moreton and the branch in Upton was closed. By January 1978 the shop had become a branch of Damar Cards. Sunbed Studio opened a branch in the shop in January 1999, they are still trading from the shop today.

In 1961 a further shop was built between Tittley's shop and the new block of shops, this was occupied by Wilbrahams Turf Accountants between 1964 and 1967 when they moved to their new shop. The shop is now part of the Halal Balti House.

Beyond Greenbank farm were two houses, these were converted into shops, with extensions built onto the front. In the 1950s these shops were occupied by H.Taylor (Butcher) and Gartside (Chemist).

Next to these shops was a building containing the Village Post Office. 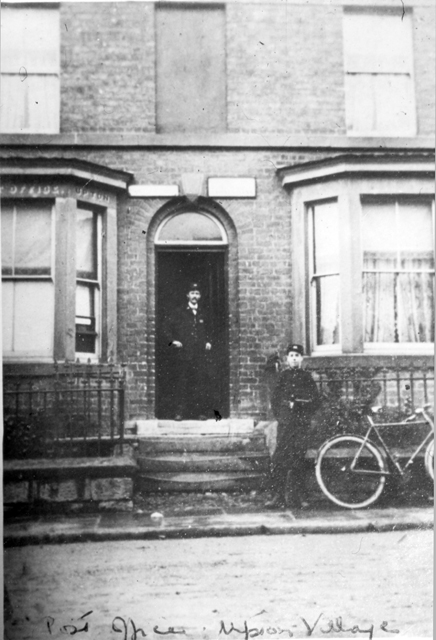 This later became two shops, the left hand one remained the Post Office until the 1970s, and the right hand one was Chester's Electrical until about 1966 and then it was Williams Gents Hairdresser until the 1990s. The shops are now combined and occupied by Pampered.